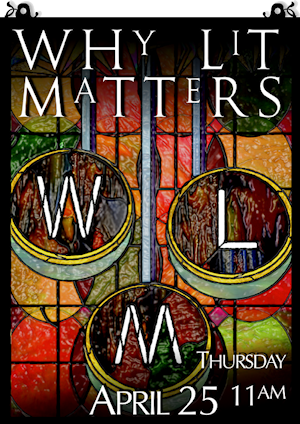 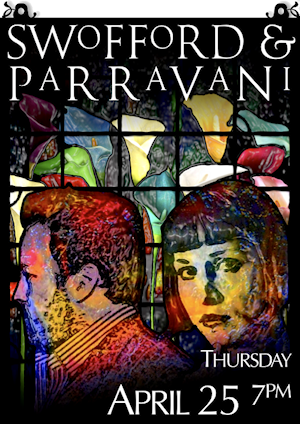 William Carlos Williams once wrote “It is difficult to get the news from poems, yet men die miserably every day for lack of what is found there.” In this annual, student-favorite event, a panel of Grossmont College students, faculty, and administrators share their moving and powerful personal accounts of the role literature has played in their journeys, advocating the relevance of literature and its potential to inspire change, cultivate humanity, and serve us in, both, personal and global ways. 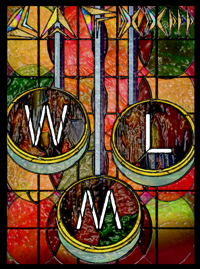 Memoirists Anthony Swofford and Christa Parravani read from, and discuss, their latest works. Before and after the reading, books by both authors will be available for purchase and signing. Author Q&A following the reading.

Writer and photographer Christa Parravani holds an MFA in Visual Art from Columbia University and an MFA in Creative Writing from Rutgers Newark. Currently an Assistant Professor of Creative Writing at West Virginia University, Parravani has taught photography at Dartmouth College, Columbia University, and UMass, Amherst and exhibited her work internationally and domestically, including with the Michael Foley Gallery in New York City and the Kopeikin Gallery in Los Angeles. 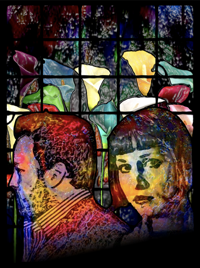 An Indie Bound Next Pick, as well as a "must-read memoir" selection by NPR, Oprah and People Magazine, Parravani’s national bestseller, Her: A Memoir, shares the author’s journey through grief after the loss of her beloved identical twin sister, Cara. Raised in poverty by a strong-willed mother and an unstable, abusive father, twins Christa and Cara share an intensely private and creative world between them. However, Cara gradually self-destructs into substance abuse after being raped, and perishes from an overdose. Faced with the statistic that when one identical twin perishes the surviving twin’s rate of dying within the next few years spikes, the author chronicles her battle to avoid her sister’s fate: “My reflection was her and it wasn’t her. I was myself but I was my sister. I was hallucinating Cara—this isn’t a metaphor.”

Vanity Fair praised Her as "astonishing," and Booklist describes Parravani’s memoir as "raw and unstoppable... a triumph of the human spirit." Her: A Memoir was named best book of the year in 2014 by the Wall Street Journal, Salon, and Library Journal. Christa Parravani's writing has appeared in Marie Claire, Glamour, The Washington Post, Salon, The Rumpus, The Daily Beast, The London Times, The Daily Mail, The Guardian, and others. She has been featured in Poets and Writers, in Vogue, on PBS, on NPR's "All Things Considered," and others.

Memoirist, novelist, and poet Anthony Swofford is a graduate of the Iowa Writers’ Workshop and currently on faculty in the MFA program at West Virginia University. His acclaimed 2003 Gulf War memoir, Jarhead, chronicles his time as Lance Corporal Anthony Swofford serving as a Scout Sniper with the STA (Surveillance and Target Acquisition) Platoon of 2nd Battalion 7th Marines. Following his military service, Swofford studied English at Sacramento’s American River College and subsequently earned his Barchelor's degree in English at U.C. Davis. He attended the University of Iowa Writers' Workshop and obtained a Master of Fine Arts in Writing. While receiving critical acclaim for Jarhead (adapted in 2005 by director Sam Mendes into a hit film starring Jake Gyllenhaal), Swofford taught English at Lewis and Clark College and St. Mary's College of California. Jarhead received the Martha Albrand Art of Memoir Award from PEN.

Tony Swofford’s other books include Exit A: A Novel (Scribner, 2008) and his most recent release, Hotels, Hospitals, and Jails (Twelve 2012). Dedicating this confessional memoir to his father, Swofford writes an unflinching, sometimes painful-to-read account of his own ten oversexed years of profligacy and substance abuse after the success of Jarhead. At the core of his memoir is Swofford's struggle to reconcile with a dying father whose campaign of emotional abuse haunted his son from childhood into adulthood. Reviewer John Slania  of BookPage praises Swofford’s memoir as "short, staccato and rhythmic. More importantly, it’s honest. Swofford doesn’t spare anyone in his account, not his lovers, not his family, not himself. He paints himself as a fast-living philanderer and a failure at being human. Fortunately, he is a studious traveler, and the journey ends on a hopeful note, with Swofford learning lessons from his dying father on how to lead a more meaningful life."

Tony Swofford has been a Brown Foundation Fellow at the Dora Maar residency in Menerbes, France, and is the recipient of a prestigious Michener-Copernicus Fellowship and PEN Art of the Memoir Award. He has made guest appearances on Fresh Air, All Things Considered, The Wolf Blitzer Show, The Daily Show, and others. His wide-ranging periodical publications include Harper’s, The Guardian, Post Road, the New York Times, Harper's Men’s Journal, The Iowa Review, and dozens of others. He's currently completing a biography of Gold Star father Carlos Arredondo, the hero of 2013 Boston Marathon Bombing, which is being adapted for HBO Films. His next writing ventures currently include a book-length essay, No One Loves the Fat Man; a time travel novel, Sixty Diamond Minutes; and a prose poem cycle about right-wing extremism, Right Wing Radio Flyer.

Currently, Anthony Swofford lives in New York with his wife, Christa Parravani, and their daughter.