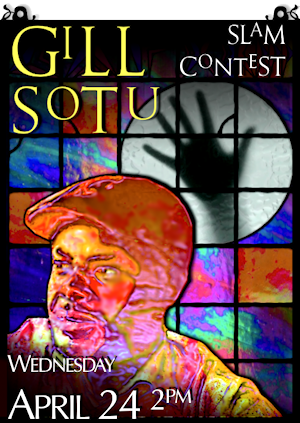 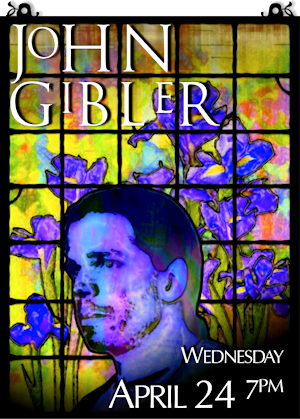 Open to all Grossmont College students, poets will battle for the title of Grossmont College Grand SLAM champion with works addressing a range of issues, including social justice, gender, and personal identity. Hosted by writer, musician, dj, and performance poet, Gill Sotu, the competition is limited to ten participants and conducted in two rounds; the six top performers from Round One face off in Round Two. 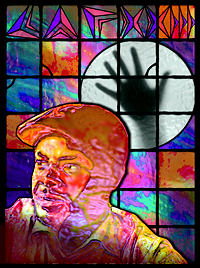 Teacher and social advocate Gill Sotu facilitates poetry workshops within San Diego County’s juvenile detention center, including weekly workshops with local juvenile inmates. Currently a teaching artist with The Old Globe Theatre and Artist In Residence at Makers Church in San Diego, Sotu was Artist In Residency at the Jacobs Center for Neighborhood Innovation where he was commissioned to write/direct two full length plays. Sotu also composed and performed the poetic segments to Melissa Adao's dance theatre showcase, "Hip-Hop CabHooray!" winner of Outstanding Production at the 2015 Fringe Fest. Featured on NBC 7's Art Pulse TV, Gill Sotu has opened for such artists as Talib Kweli and Grammy-nominated legend Sheila E., performed for the United Way of San Diego and San Diego's Fashion Week, partnered and performed with the San Diego Symphony, and hosted TEDx San Diego in 2017. In addition to being the 2006 Grand Slam Poetry Champion of Ventura County and a three-time winner of the Borders Poetry Slam, he has also been named 2012 and 2013 San Diego Raw Performing Artist of the Year.

Journalist, poet, and author John Gibler will present a reading from his latest book release, followed by opportunities for Q&A discussion and book signing. (Copies of John Gibler's books will be available for purchase before and after his reading.) 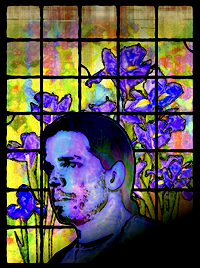 Writing and living in Mexico, author John Gibler writes poetry and journalism-based creative nonfiction through the lens of political history. Gibler’s four English language books from City Lights Press include To Die in Mexico: Dispatches From Inside the Drug War (2011); Mexico Unconquered: Chronicles of Power and Revolt (2015); I Couldn't Even Imagine That They Would Kill Us (2017), selected Best Book of 2017 by Publishers Weekly; and, his latest release, Torn from the World: A Guerrilla's Escape from a Secret Prison in Mexico (2018). In addition to Spanish language translations of these works, he has also published a volume of poetry, 20 poemas para ser leídos en una balacera [Twenty Poems to Read while Trapped by Gunfire] (Sur+ 2012), containing Gibler’s highly personal collection of verses and ballads about his experiences living and reporting in Mexico.

A Global Exchange Media Fellow, Gibler uses narrative-based writing to humanize the Mexican struggle on many levels. Sujatha Fernandes, author of Curated Stories: The Uses and Misuses of Storytelling, extols Gibler’s powerful recounting of the forced disappearance of Andrés Tzompaxtle Tecpile for "[unearthing] the brutal machinery of state-sanctioned torture and terrorism in Mexico today. It is also a deeply lyrical story of survival against the odds, enabled by communities of resistance and solidarity. This book must provoke an outcry. We cannot know this story and see the world in the same way."

The New Yorker’s Francisco Goldman praises Gibler’s oral history about Ayotzinapa’s students as "a journalistic masterpiece, an instant classic, and the most powerful indictment available of the devastating state crime committed against the 43 disappeared Ayotzinapa students in Iguala. This meticulous, choral recreation of the events of that night is brilliantly vivid and alive, it will terrify and inspire you and shatter your heart.” Daniel Alarcon hails Gibler’s latest release, Torn from the World, as "harrowing and humane": "John Gibler's wonderful new book shines a light on the darkest corners of the Mexican justice system. We cannot turn away from what we see there. This is a brave, daring book, equal in every way to the extraordinary life it documents."

Gibler and his important work as an investigative journalist have been featured in California Sunday Magazine, NPR's "All Things Considered," and The New Yorker.  He has reported for Left Turn, In These Times, Common Dreams, Yes! Magazine, Colorlines, Democracy Now!, Huffington Post, Sierra, Al Jazeera, Pacifica Radio's KPFA in Mexico, and many others.