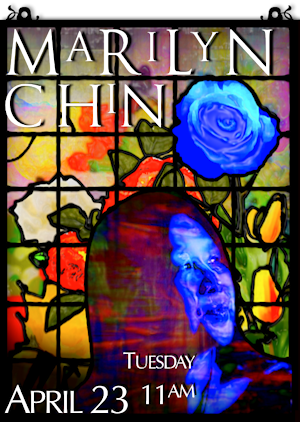 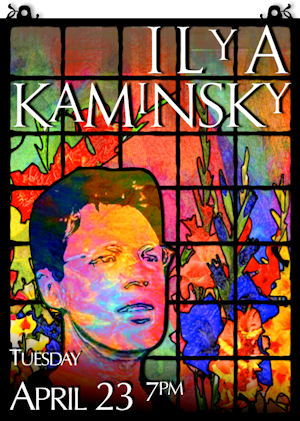 An internationally acclaimed poet, translator, and novelist, MARILYN CHIN makes her first return to the LAF since 2010 to read from her recently released and highly acclaimed new collection, A Portrait of the Self As Nation: New and Selected Poems (W. W. Norton, 2018). The event will conclude with opportunities for Q&A and book signings by the author. (Copies of Chin's books will be available for purchase before and after her reading.)

Hong Kong born, Marilyn Chin was and raised in Portland, Oregon and is a University of Iowa MFA graduate, where she would later teach in the Iowa Writer’s Workshop. She has since co-directed the MFA Program in Creative Writing at San Diego State University. 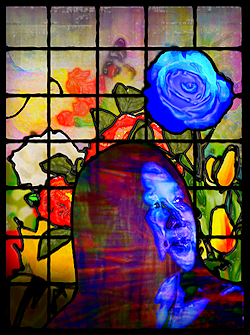 In addition to having authored her offbeat coming-of-age novel, Revenge of the Mooncake Vixen (W. W. Norton, 2009), Chin has published several acclaimed collections of poetry, including Rhapsody in Plain Yellow (W. W. Norton, 2002); The Phoenix Gone, The Terrace Empty (Milkweed Editions, 1994), Dwarf Bamboo (Greenfiled Review Press, 1987), and the 2015 Anisfield-Wolf Book Award winner, Hard Love Province (W.W. Norton, 2014). Her latest, A Portrait of the Self As Nation, is a "greatest hits" collection representing the span of her distinguished career as well as new works that include feminist manifestos, love lyrics, political proclamations, and rebellion. “My poems are rebellious….It’s important for poets to be rebellious. I always want to disrupt things and do my own thing. Rebellion is part of being a good artist.” Frequently included in popular literature anthologies such as The Norton Anthology of Contemporary Poetry, Chin is widely known for her critique of hyphenated cultural attributions and, in 1995, was invited by Bill Moyers to speak on identity and duality for an episode of his series, The Language of Life.Chin is the recipient of numerous prestigious awards for her poetry and translations, including the Arts and Letters Award in Literature from the American Academy of Arts and Letters, the United Artist Foundation Fellowship, the Radcliffe Institute Fellowship at Harvard, the Rockefeller Foundation Fellowship at Bellagio, two National Endowment for the Arts fellowships, the PEN/Josephine Miles Award, as well as five separate Pushcart Prizes.

Now a professor emerita at San Diego State University, last year, in 2018, Marilyn Chin was elected to the position of Chancellor of the Academy of American Poets.

Poet Ilya Kaminsky comes to Griffin Gate to read selections from his acclaimed first collection, Dancing In Odessa (Tupelo Press 2004) and his newly released followup collection, Deaf Republic (Graywolf Press 2019), from which selected poems have already been awarded the coveted Pushcart Prize. Following the reading, guests will be provided opportunities for Q&A and book signings. (Copies of Ilya Kaminsky's books will be available for purchase before and after his reading.) 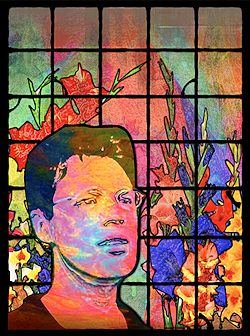 Born in Odessa in the former Soviet Union, in 1993 Kaminsky was granted asylum with his family in the U.S.  About exile, Kaminsky states, it "is good for you if you are a poet. It teaches you that loss is also a gain. Of course, it teaches you that by beating you with a hammer on your head. You see your life from a distance; your days become your own commandments. You learn how to start your life anew."

Kaminsky suffered dramatic hearing loss at a young age, the theme of which weaves through the poems of his two major collections and is the inspiration for the title of his latest release. Will Brewbaker of Los Angeles Review of Books applauds Deaf Republic as demonstrating a "complicated relationship with silence [which] allows Kaminsky to define deafness not in relation to hearing but rather on its own terms. In a book about power and its abuse, this point is worth taking seriously. Kaminsky demands that we reevaluate our own language — about deaf culture, about silence itself — in a time when language in the larger, cultural public square has never been more vitriolic."

Ilya Kaminsky has worked as a law clerk for San Francisco Legal Aid and the National Immigration Law Center, as well as a Court Appointed Special Advocate for Orphaned Children in Southern California. He is currently a professor of English and Comparative Literature at San Diego State University.