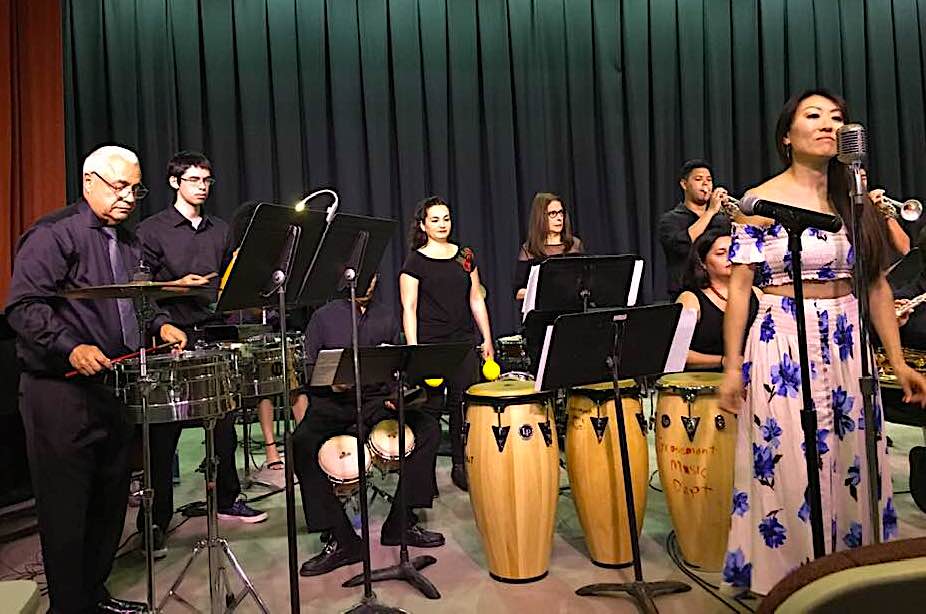 The Grossmont Afro-Cuban Ensemble was founded by Derek Cannon in the Spring of 2003 and taken by Manny Cepeda in 2019. Since its inception, the group has performed many concerts on campus and in the surrounding communities including the East County Performing Arts Center, Grossmont College Foundation Galas, the Grand Opening of Bloomingdales in Fashion Valley, and the Innovations Conference at he Hilton Hotel. The group specializes in performing popular Afro-Cuban and Brazilian musical styles such as the Mambo, Cha-Cha, Bossa Nova, Samba, Merengue, and Afro-Cuban 6/8. For more information contact Manny Cepeda