The Unimaginary Line: Paintings from the Border

The Unimaginary Line: Paintings from the Border 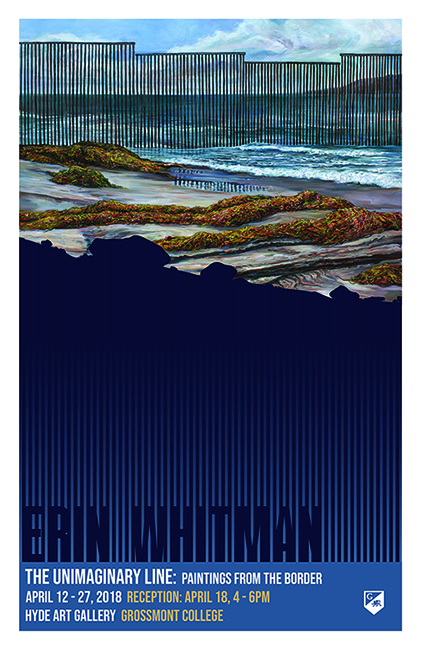 The Hyde Art Gallery is pleased to present recent works by San Diego painter Erin Whitman. Her meticulously rendered studies from the absolute southwestern corner of the continental United States illustrate a world divided. The pristine landscape depicted within these paintings has been marred by one of the most controversial structures in recent history. “…the border fence cuts across the mountains like a rust-colored scar. To the east, it snakes across sand dunes, and to the west, it juts 80 feet into the vast Pacific Ocean. The massive steel bars divide the waves and extend nearly 700 miles through mountains, deserts and cities along our Southern border. The effectiveness of the fence remains uncertain, but it is a response to a dangerous world and a physical symbol of control. It marks the place where we end and they begin.”

Born in San Diego, Erin Whitman received her BA from Humboldt State University and an MFA in painting from Cransbrook Academy of Art. She has also been awarded fellowships to participate in artist residencies across the United States, such as the Wassaic Project, Kimmel Harding Nelson Center for the Arts, Vermont Studio Center, and Ucross Foundation. Whitman currently teaches at colleges throughout San Diego, including Cuyamaca, Southwestern, and MiraCosta, as well as the Grossmont Adult School.

A portion of all artwork sales will be donated to Water Stations, a humanitarian relief organization in Southern California that deploys and maintains water stations in the Imperial Valley Desert, Anza Borrego Park and surrounding areas. To donate directly to their lifesaving efforts visit waterstations.org. 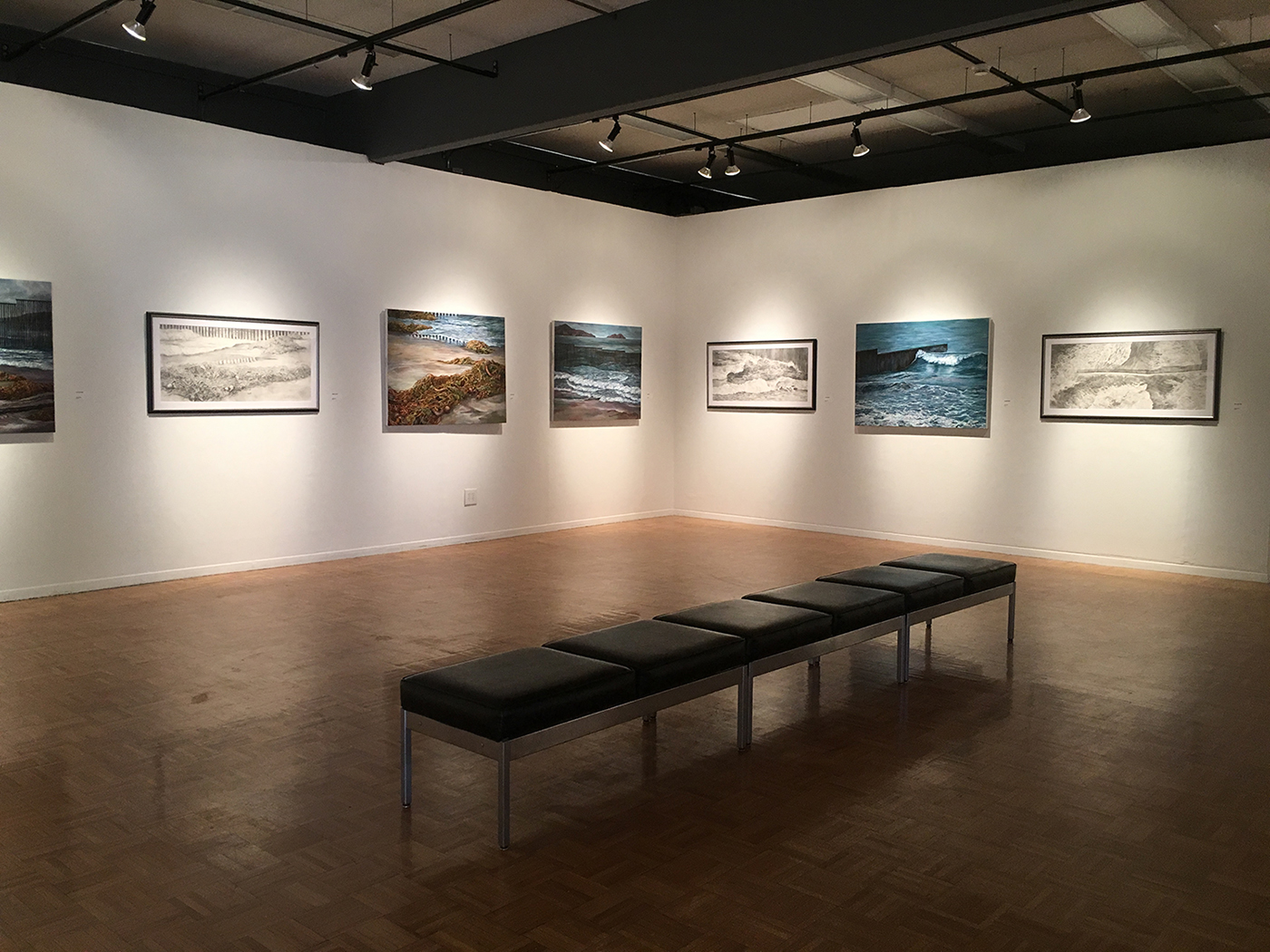 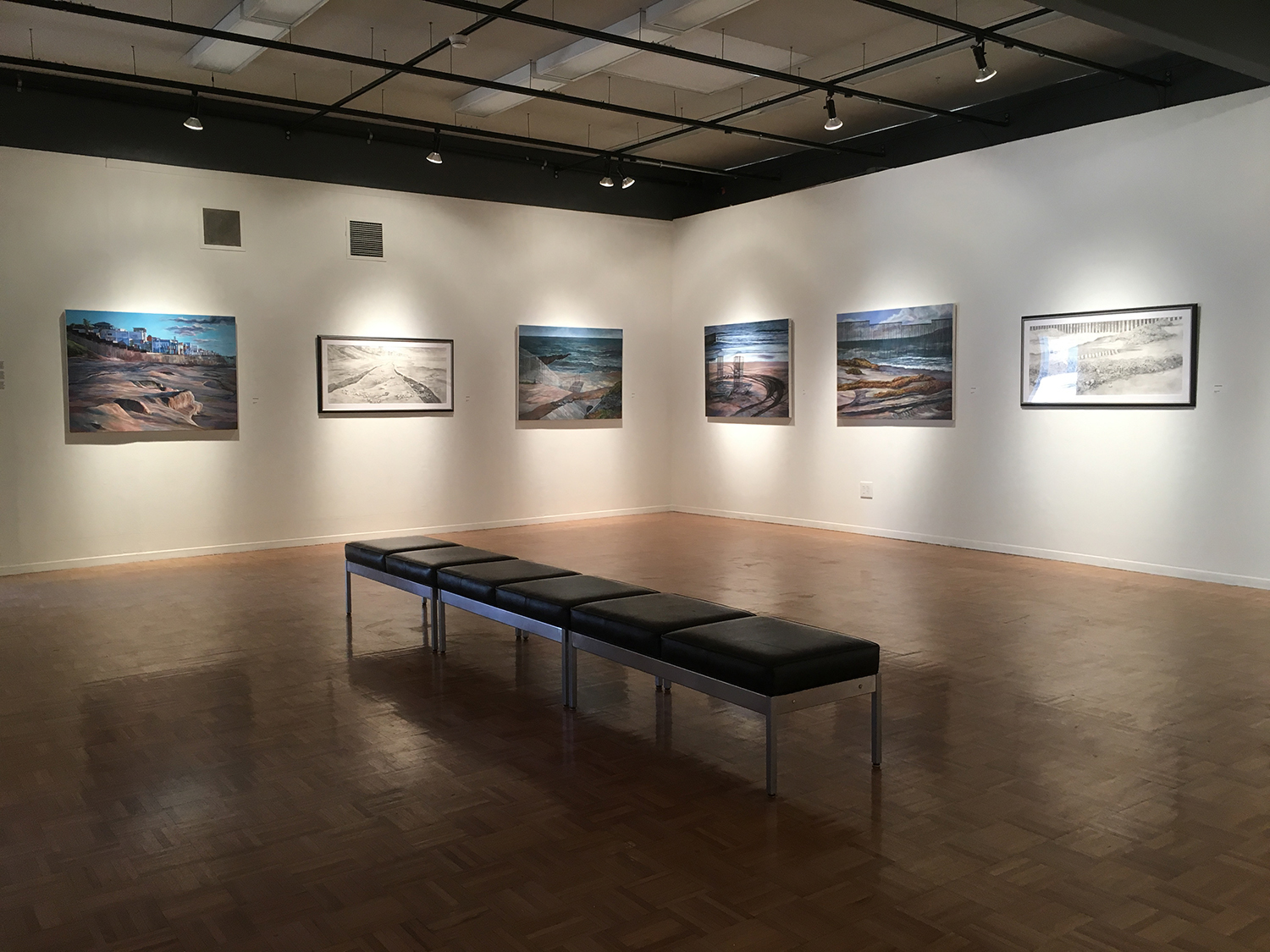