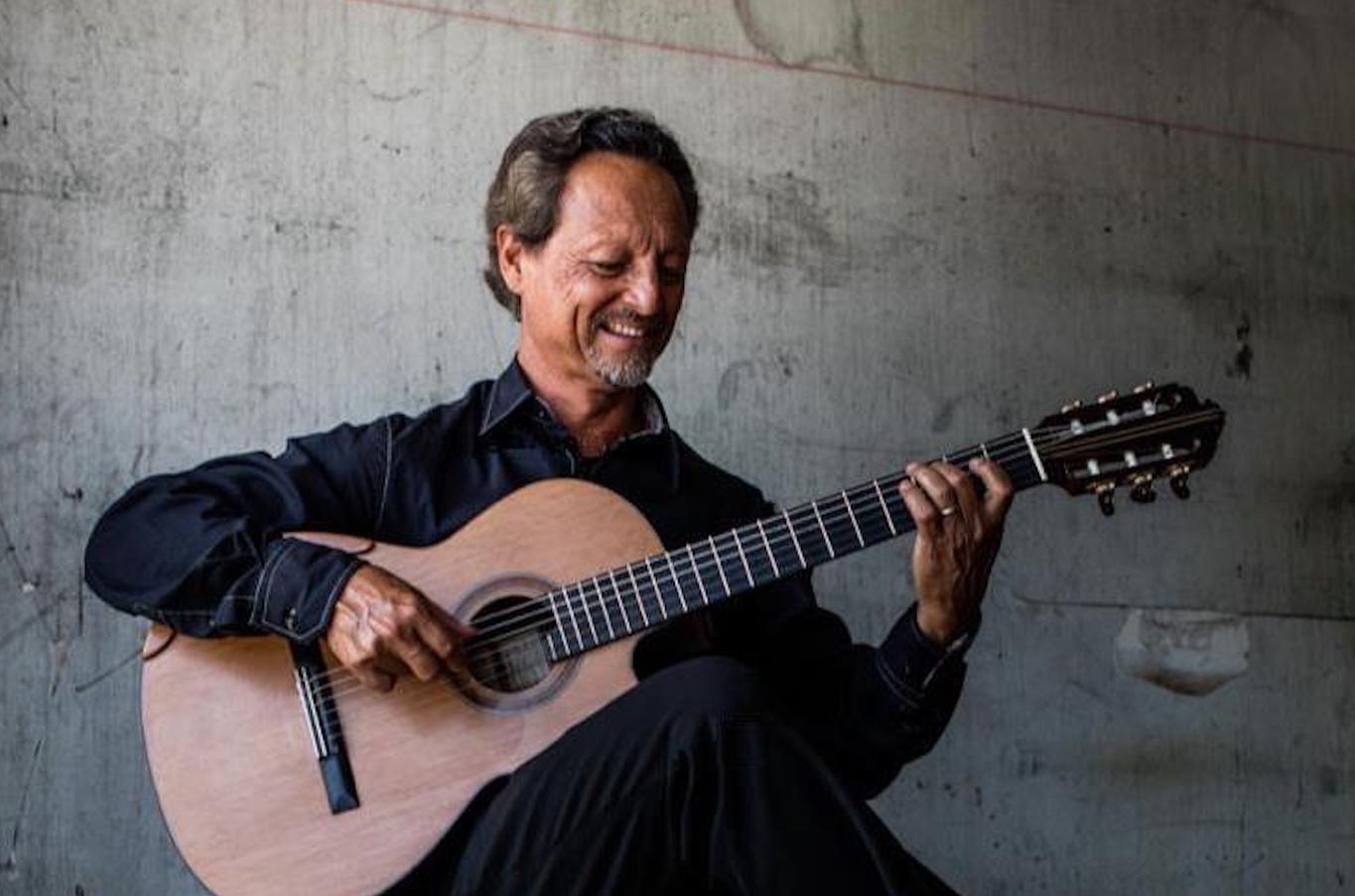 Fred was born in Sasebo, Japan and began playing the guitar at age 9. In 1986 he was one of 12 guitarists chosen worldwide to perform in the Master Class of Andrés Segovia at USC where Guitarra Magazine wrote, "...Fred Benedetti amazed the audience with his performance of the (Bach) Chaconne..." He has also been a performer for the master classes of Pepe Romero, Christopher Parkening, Federico Moreno-Torroba, George Sakellariou, and David Grimes. Fred has performed in the United States, Canada, Taiwan, England, Germany, Mexico, the Czech Republic, and locally with the San Diego Symphony, the San Diego Opera, the Starlight Opera, the American Ballet Company, the Old Globe Theatre, Luciano Pavarotti, and jazz artist Dave Brubeck.

Presently he teaches at Grossmont College where he is chair of guitar studies, and is a member of the guitar faculty at San Diego State University with George Svoboda, Robert Wetzel and Celin Romero. Fred is listed in the prestigious "Who's Who Among America's Teachers-2002" and received an "Outstanding Faculty Award of the Year in Music," in 2001 from SDSU, the "NISOD" Excellence in Teaching award from the University of Texas at Austin in 1992 and an "Outstanding Chair" award in 1990 from Grossmont College.

Equally at home playing classical music or contemporary music, he records on the SBE label and DOMO records with four noted ensembles: Keltik Kharma (a celtic band), The Odeum Guitar Duo, recently given the honor by the magazine, Acoustic Guitar, as being one of the ten best independently produced guitar CDs for the year 2000, "Blurring the Edges" a recipient of the 1994 San Diego Music Awards "Best Pop-Jazz" album of the year featuring jazz musicians Peter and Tripp Sprague, and the Benedetti/Svoboda Guitar Duo. As a BMI affiliated composer, Fred has written numerous contemporary pieces for the international CD library company Network Productions and as a studio musician for 20 years his playing is featured on over 60 CD's, numerous movie soundtracks, and TV commercials. He has shared the stage with Art Garfunkel, Basia, Michael Franks, Mark O'Connor, Michael Hedges, and Ottmar Liebert, and has recorded with Willie Nelson, Juice Newton, Paul Overstreet, Patty Loveless, Tom Barabas, Big Mountain, Matthew Lien, Ronny Robbins and William Lee Golden. He has performed for dignitaries such as the King & Queen of Malaysia, Mikhail Gorbachev and President Jimmy Carter.

Fred Benedetti has been a member of the Grossmont College Music Department faculty since 1985.  His classes include class guitar, classical guitar, general music and guitar theory, and guitar ensemble.

A former student of the Music Department, Anthony is an active musician and private music instructor. He studied classical guitar under Fred Benedetti here at Grossmont College and completed all of the music major courses. So, he knows what it is like to be in your shoes as a Music Major! For more information on Anthony Cutietta, please visit his professional webpage here: www.anthonycutietta.com

Sean Bassett is a Southern California native who began playing guitar in his early teens. Originally inspired by bands like Metallica and Iron Maiden, he migrated to the electric guitar during his formative years. At San Diego State University he was introduced to a wide range of musical forms and undertook studies in the Classical Guitar. Sean graduated Cum Laude from SDSU where he earned a Bachelor of Music in Classical Guitar Performance and a Bachelor of Science in Business Administration as a Management Major. He also was invited to join three honors societies: Phi Beta Kappa, Phi Eta Sigma, and The Golden Key. In 2012 Sean completed his studies at the prestigious San Francisco Conservatory of Music where he earned a Master of Music in Classical Guitar. Sean’s educational pursuits have allowed him the opportunity of studying with accomplished musicians such as The Katona Twins, Fred Benedetti, Lawrence Ferrara, David Tanenbaum, Marc Teicholz, Robert Wetzel, and Richard Savino.

Sean began performing professionally in his teens as the guitarist and lead singer for the heavy metal band Eradicate. Currently, he performs with alongside his twin in a guitar duo called The Bassett Bros. Their diverse repertoire includes music from the Renaissance, Baroque, and Classical eras and spans to more contemporary genres like Rock, Blues, and Heavy Metal. Not afraid to mix and match varied styles, their programs often include unique interpretations of concert hall classics. The duo has performed for a wide variety of audiences in concert venues, schools, libraries, churches, fairs, outreach programs, veterans centers, and private events. The Bassett Bros. have also performed well recognized concertos such as “Concierto Madrigal” by Joaquin Rodrigo and “Concerto in G Major” by Antonio Vivaldi. The Bassett Bros. are also members of the SWARMIUS ensemble, a group which combines many eclectic musical traditions while keeping its compositional footing firmly in the present day.

Sean currently teaches Guitar Ensemble, Guitar Methods, and Private Studio Instruction in Classical Guitar at SDSU. Aside from teaching students in the degree program, Sean also teaches guitar students of the SDSU Community Music School. He is also affiliated with the Heartpower Performances and the SDSU Adams Project Performers Network.